We would like to offer our sincere support to anyone coping with grief. Enter your email below for our complimentary daily grief messages. Messages run for up to one year and you can stop at any time. Your email will not be used for any other purpose.

Share a memory
Obituary & Services
Tribute Wall
Read more about the life story of Alice and share your memory.

On November 21, 2022, we said good-bye to Alice Hendricks Bach-an award-winning and prolific author of children's books; a groundbreaking feminist biblical scholar, who taught at Stanford University and Case Western Reserve University; and a life-long activist who devoted her final years to working for justice for Palestinians. On her Facebook page, she identified herself as an "Irritant to the Dirty Rotten System."

Born on April 6, 1942, Alice grew up on the Upper East Side of Manhattan and in Princeton NJ, beginning her school days at the Brearley School and graduating from Princeton High School. Her novel They'll Never Make a Movie Starring Me was inspired by her boarding school experience at Dana Hall School in Wellesley, MA. After studies in French Language and Literature at Barnard College, she worked as an editor at Random House-"an editor at Random," she liked to say. She soon made a name for herself as a children's book writer, the author of both picture books and Young Adult novels, publishing more than twenty volumes. Her picture books include The Smartest Bear and His Brother Oliver, The Most Delicious Camping Trip Ever, and Millicent the Magnificent. The New York Times listed her novel Mollie Make Believe as a Best Book in 1974; Waiting for Johnny Miracle was named a Notable Book by the American Library Association. Her writing was supported by residential fellowships at the MacDowell Colony in 1976 and 1977, where she worked in the Irving Fine Studio. For a New Yorker like Alice, a well-appointed cabin in the woods was as close to a wilderness experience as she wanted to come.

Alice was a convert to Catholicism. In the Catholic Worker movement, she found a community that fired her passion for peace-making and other works of mercy. Even as she changed careers, no longer penning stories about talking bears but instead submitting her scholarly work for peer review, she continued to make connections with Catholic Worker communities around the country. She seized every opportunity to write and speak against the death-dealing U.S. military. She saw Christ in those who hungered, those who lacked housing or medical care, those behind bars.

In 1985, at age 43, Alice began studies at Union Theological Seminary in Manhattan, where she earned a Ph.D. in biblical studies. She continued to support herself through her writing, publishing the "Phreakers" series of Young Adult novels about teen-age girls whose computer skills enabled them to solve crimes. Her final contributions to children's literature were Moses' Ark: Stories from the Bible and Miriam's Well: Stories about Women from the Bible, co-authored with distinguished biblical scholar J. Cheryl Exum and illustrated by Leo and Diane Dillon. Returning to school in midlife had its challenges. One graduate school professor told Alice that at her age, she might confine her aspirations to teaching catechumens.

Instead, Stanford University appointed her as Assistant Professor in Religious Studies in 1990. She taught at Stanford for over a decade. With the support of a year-long fellowship from the Stanford Humanities Center, Alice completed her first scholarly monograph-Women, Seduction, and Betrayal in Biblical Narrative, which changed the paradigm of discourse in her field. Women in the Hebrew Bible: A Reader, which she edited, is widely used in university classrooms. In visionary ways, she pushed the field of biblical studies to reimagine scholarship in a digital age. She experimented with video as a medium for biblical interpretation and critique, screening her work in a packed plenary session at the Annual Meeting of the Society of Biblical Literature. She founded a short-lived scholarly journal, Biblicon, envisioning what study of "the Book" might look like in an era when books no longer dominate scholarly production, when print is only one medium among many. To her delight-and perhaps surprise-she discovered that she loved teaching, especially undergraduates. Students responded in kind. Her classrooms were enlivened by her signature mix of creativity, wicked wit, and disregard for convention.

In 2001, she accepted an appointment as the Archbishop Paul J. Hallinan Professor of Catholic Studies at Case University, a position she held until her retirement in 2012. As Hallinan Professor, Alice centered the Catholic social justice tradition in her teaching and research, bringing together her scholarly and activist commitments. She incorporated service learning into her courses, connecting Case students to the needs of the city of Cleveland. Her interests converged in her final scholarly monograph, Religion, Politics, Media in the Broadband Era. In the final years of her teaching career, she increasingly directed her skills as a researcher and writer to the contemporary situation in Palestine.

Retirement from teaching at age 70 allowed Alice to dedicate herself full-time to activism-to peace-making, to advocacy for the poor, and above all to raising awareness of the Palestinian cause. An elegant writer and media-savvy academic, she understood how to use social media to share her message. She is survived by three cats, Carmine, Farmer, and Jafaar (who are all being well cared for), and by a truth-telling community of peace activists and advocates for justice.

To send flowers to the family or plant a tree in memory of Alice Hendricks Bach, please visit our floral store. 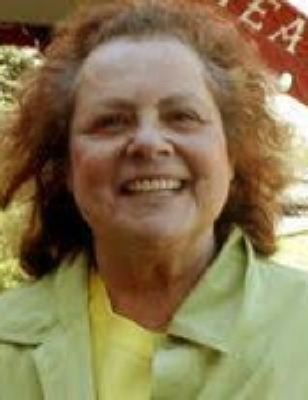 Look inside to read what others
have shared
Family and friends are coming together online to create a special keepsake. Every memory left on the online obituary will be automatically included in the book.

Look inside to read what others have shared

Family and friends are coming together online to create a special keepsake. Every memory left on the online obituary will be automatically included in the book.

You can still show your support by sending flowers directly to the family, or by planting a memorial tree in the memory of Alice Hendricks Bach
SHARE OBITUARY
© 2023 Golubski Deliberato Funeral Home. All Rights Reserved. Funeral Home website by CFS & TA | Terms of Use | Privacy Policy | Accessibility